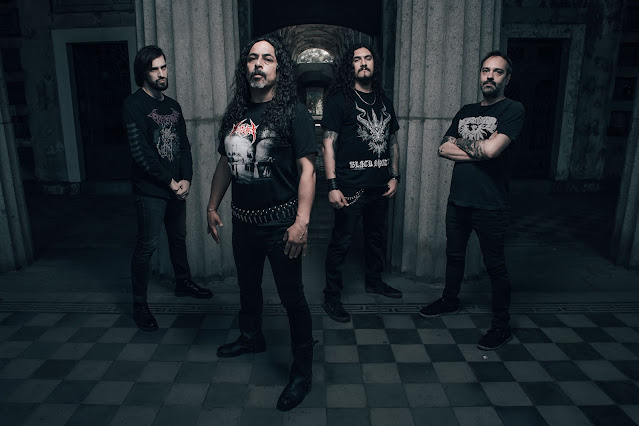 The Chilean Death Thrash band TORTURER announces that it is currently working on a new studio album which will be titled 'The Flames of Purification - Burning Cross'. The new album is set to be launched via Australis Records in Chile during the second half of 2022. This material consistsIn a re-recording of your previous work 'Burning Cross' originally published in 2003, plus other rarities and an updated sound in terms of production.It also announces the incorporation of JT García (guitars), who will debut with this new effort.
Frontman Francisco Cautín commented:
"We were never really happy with the production that 'Burning Cross' back then and now we will finally have the opportunity to present these songs with the sound that they deserve, as well as debuting the new line up which has given a new spark of light to our sound".
'The Flames of Purification - Burning Cross' was produced by Pablo Gudiño, who have already worked with the band in its previous studio albums, 'Conjuro IV' (2017) and the homonymous 'Torturer' (2012), at the Torture Chamber Studio. The art work was crated by Productora Medu1a, who have been recognized in the Chilean media for their graphic work in the past with the work for bands such as Kuervos del Sur and Crisalida. 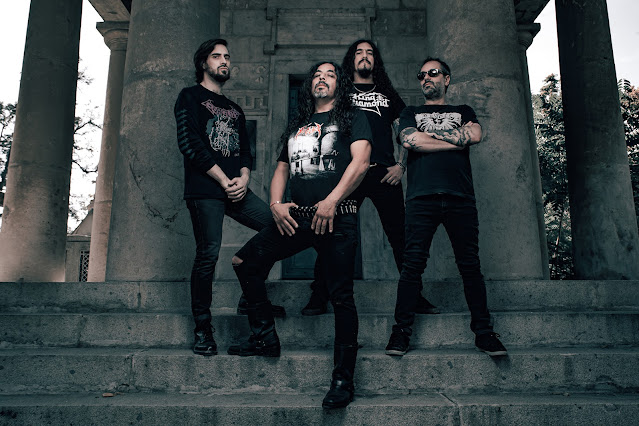 TORTURER is:
Francisco Cautín - Bass / Vocals
Francisco Garcés - Guitars
Rodrigo Zúñiga - Drums
JT García - Guitars
In the meantime, the band prepares the 30-year celebration of their acclaimed 'Demo 91' with a new version of its most popular song called 'Kingdom of the Dark' which will be accompanied with a new video, which is expected to be published inThe month of May 2022.
Watch the original 'Kingdom of the dark' video released in 1992: