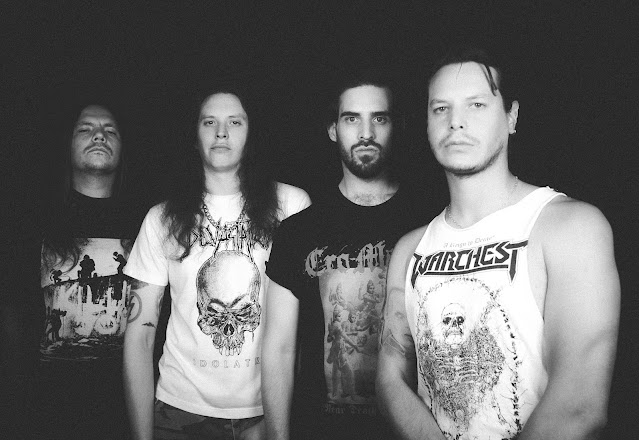 Chilean thrash metal band WARCHEST have announced the release of the new EP album "Impending Corrosion". Which be released via Suicide Records in June this year.
The album was produced by the band and mastered by Andrew Oswald (MORTIFERUM, VANUM), while artwork was handled by Hellish Maggot (ARCH ENEMY, ENFORCED).
Christian Pelaez commented:
'In this new EP we reinvented our sound with a new twist with respect to our previous work, which was more oriented towards death/thrash. For "Impending Corrosion" we seeked inspiration in the origins of thrash and the classic records that gave life to the style, but printing our stamp in terms of production, intensity and execution.
Expect a furious overcharge of classic thrash metal' 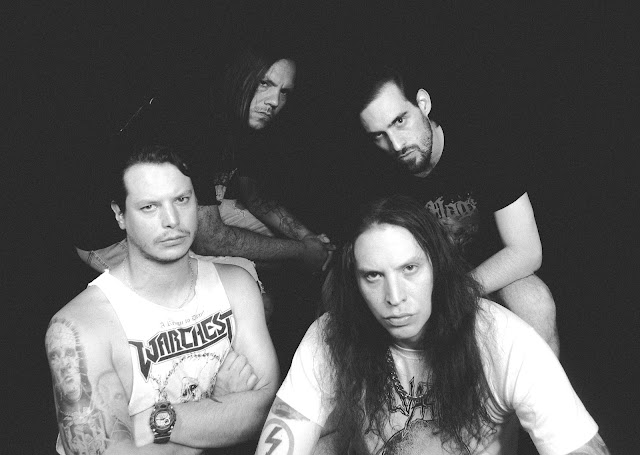 Currently, the band is preparing a video clip for the first single "Fatal Delusion", together with the production company, Crafty Crow, who previously worked with WARCHEST on their DVD "Live at Brutal Thrash Fest" as well as other video clips of the previous productions from the band.
El tracklist of "Impending Corrosion" is:
1. Fatal Delusion
2. Impending Corrosion
3. In the Name of Wrath
4. Legacy of Siege
Previously, The band released the video clip for the track 'Sentenced Since Conception' in 2019. Track that was also directed by the production company Crafty Crown, and can be seen here:
Find WARCHEST Online, below:
Instagram.com/warchest_thrash
Youtube.com/warchestband
Facebook.com/WARCHEST
Warchest.bandcamp.com