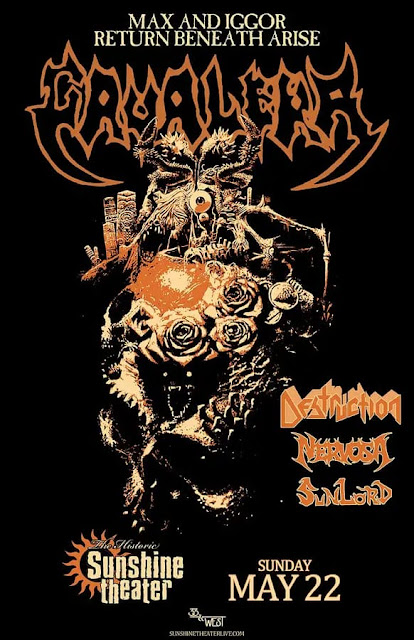 New York band SUNLORD that is currently on tour supporting DESTRUCTION and label mates NERVOSA is set to support also to Max & Iggor Cavalera on their ‘Return Beneath Arise’ tour on Sunday May 22nd at the historic Sunshine Theater in Albuquerque, NM.

“Let me tell you about this one ....on May 22, at the Sunshine theater, Albuquerque, Sunlord will open up one of the greatest thrash metal events ever put together.

The Cavalera brothers are Sepultura, the best there is if you ask me.

Destruction is one of the best bands on earth, completely unadulterated thrash.

The Nervosa metal goddesses shall bewitch the crowd.

This is a milestone of a show for Sunlord , a dream come true if you may. One of the best events I have ever been a part of .

Those who will be there will be truly fortunate “. 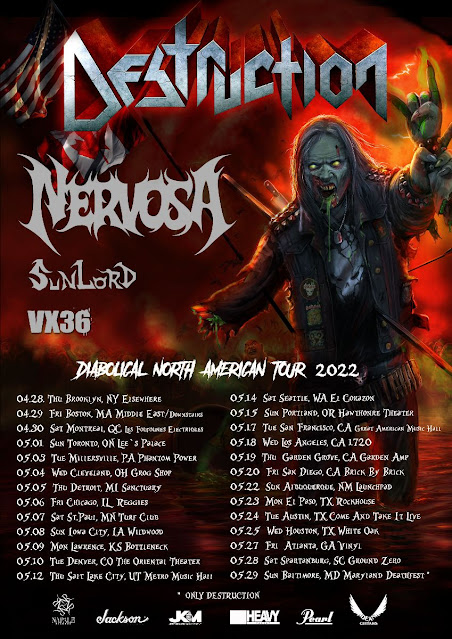 The remaining showdates of the ‘Diabolical North American Tour 2022’ are the following: 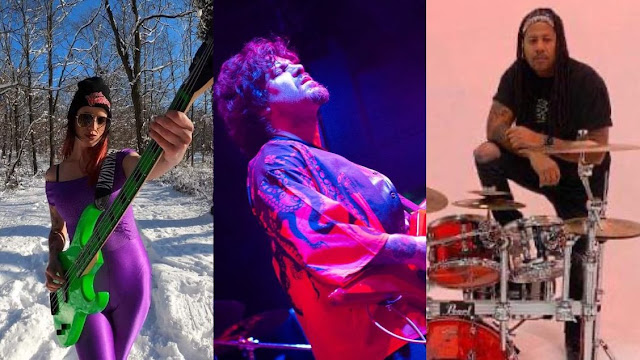